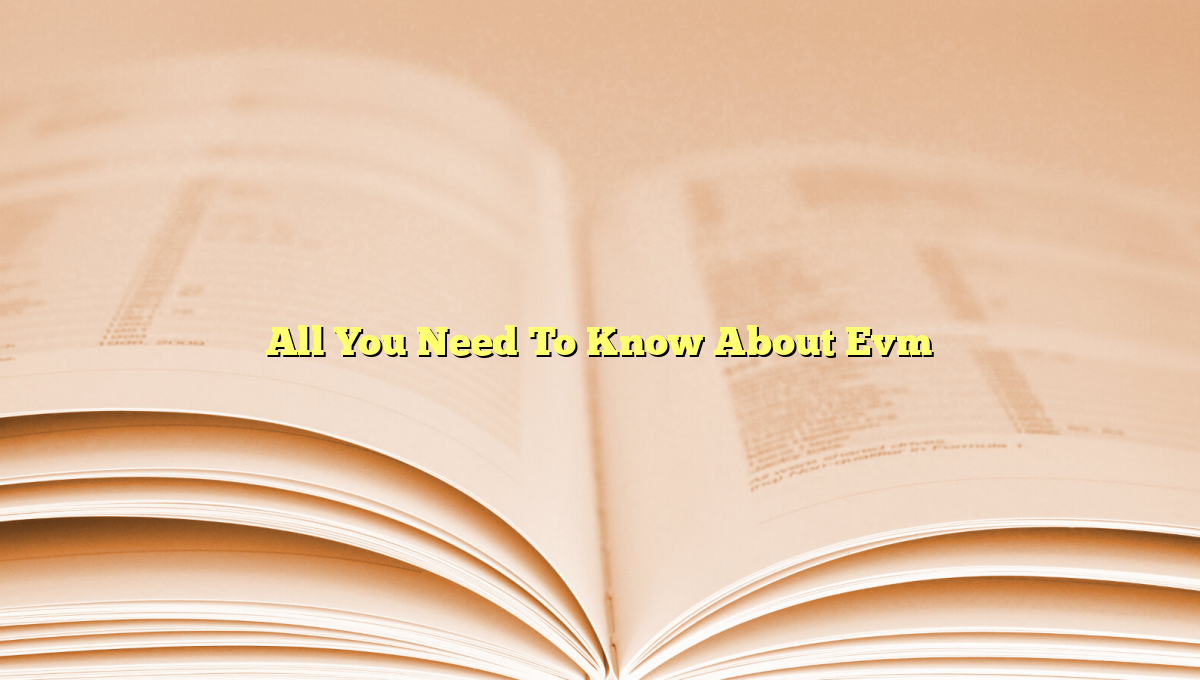 Since 1982, the Election Commission of India (ECI) has been using Electronic Voting Machines (EVM). Thanks to many advanced technologies in their development, stringent quality controls in the manufacturing and several administrative protections throughout their use, they are completely tamper-proof. Successful use of the EVMs has earned a trusted global reputation in conducting elections.

EVMs were originally developed and designed by the Technical Experts Committee (TEC) of the Election Commission in collaboration with two Public Sector undertakings viz., Bharat Electronics Ltd. and Bangalore and Electronic Corporation of India Ltd., Hyderabad. EVMs in use in India are manufactured by the above two undertakings.

What is an electronic voting machine?

Electronic Voting Machine(EVM) is an electronic vote recording device. An EVM consists of two parts, a Control Unit and a Ballot Unit, connected by a cable of about five metres. The Control Unit is placed with the Presiding Officer or Polling Officer and the Ballot Unit is located inside the booth.

Rather than issuing a ballot paper, the Polling Officer in charge will release a ballot by pressing the Control Unit’s ballot button. This then allows the voter to cast his vote by pressing the blue button against the candidate and the symbol of his choice on the balloting device.

How to cast your vote using an EVM? Step-by-Step Instructions

Voter Verifiable Paper Audit Trail (VVPAT) is an independent system attached to the Electronic Voting Machines that allows the voters to verify that their votes are cast to the candidate that they chose on the Ballot Unit.

When a vote is cast, the VVPAT prints a slip that includes the candidate’s serial number, name, and symbol and remains exposed for around 7 seconds through a transparent window. This slip is then automatically cut and falls into the sealed VVPAT drop box. The slips remain locked and can be audited by the Courts.

Using Voter Verifiable Paper Audit Trail (VVPAT) with the EVM further enhances the transparency and legitimacy, as voters can check that their votes are cast as expected. Slips from five polling stations randomly picked up in each Parliamentary Constituency / Assembly Segment are also counted and compared to the EVM count.

What are the advantages of using EVMs?

It completely eliminates the possibility of casting ‘Invalid Votes’ which was noticed in large numbers at each election during the paper ballot regime. In addition, the number of ‘Invalid Votes’ significantly surpassed the winning margin in many cases, leading to various complaints and litigations. Thus EVMs permitted a more accurate and precise representation of the electorate’s choice.

Eliminates the Cost of Printing Ballots

EVMs have greatly reduced the cost of printing ballot paper to be given to every voter. Through the use of EVMs, printing millions of ballot papers for any election is eliminated as only one ballot paper is needed for fixing on the Balloting Device at each polling station instead of one ballot paper for each individual elector. This results in tremendous savings on paper, printing, shipping, storage and distribution costs.

Another great advantage is time-saving achieved with counting of votes. The counting process is very fast and unlike the conventional ballot paper system, the result can be declared within 3 to 5 hours as against 30-40 hours on average.

Components of an EVM & VVPAT

The EVM consists of a Control Unit (CU) and a Ballot Unit (BU) and their cables for connection.

The CU is managed by the Presiding Officer while BU and VVPAT are held in the voting compartment.

Administrative Measures for the Security of EVMs

Role of Political Parties and Candidates

EVMs have become an integral part of elections in India. They have not only reduced the cost of printing ballot paper but also have brought added transparency and legitimacy to elections.

Vertika is the lead writer on views24hours.com. With experience from top news agencies, she knows all about writing and explaining the stuff to readers. Keep reading